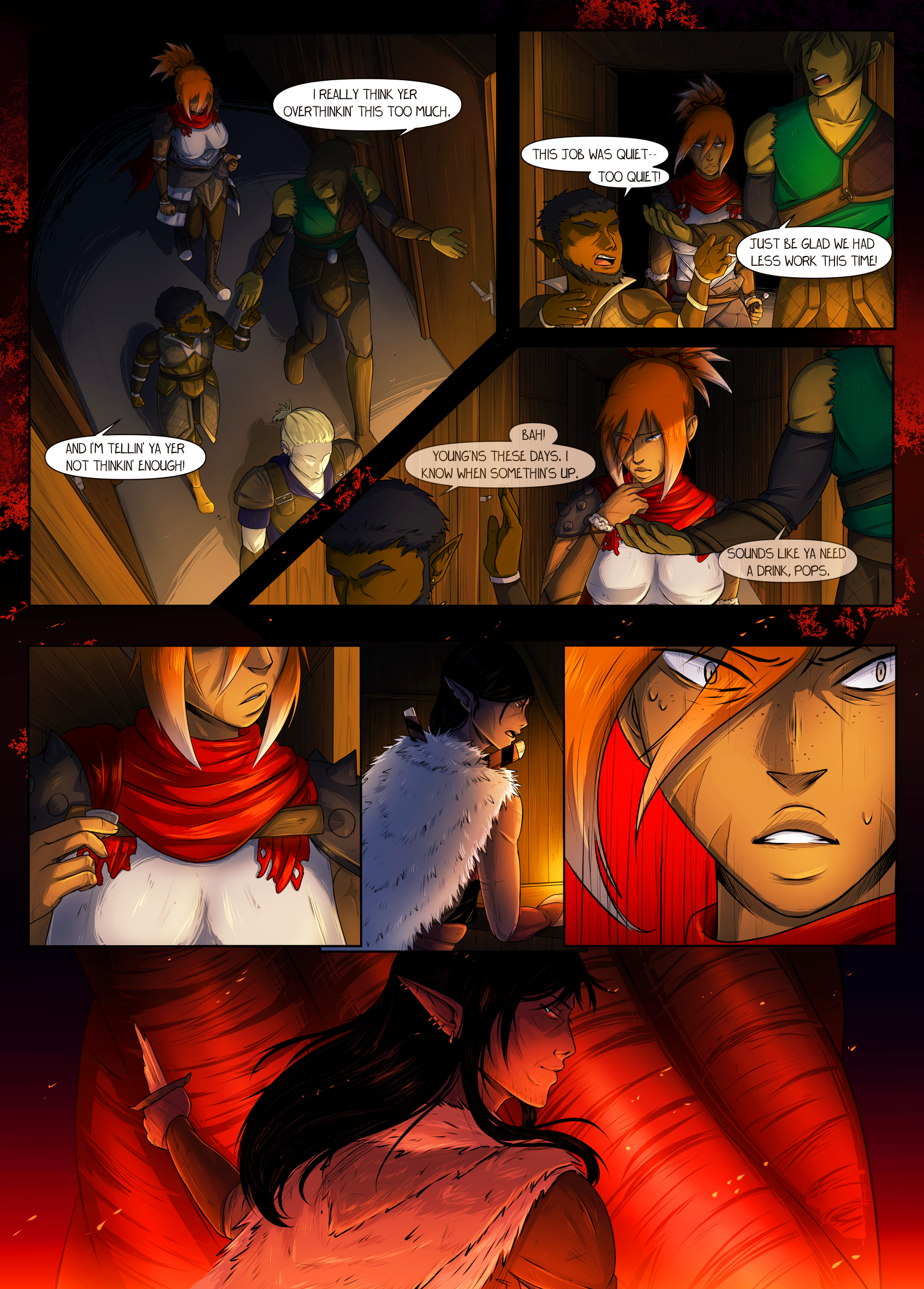 But real talk, when Ren's appearance was described I gave the DM the BIGGEST look because?? His description matched VERY well with this person in Pyre's backstory?? That the DM came up with (the person, not the backstory. Well, actually about half of her backstory is from his ideas).  And the entire time I'm like *eyes emoji*

The DM said it maaaay just be a coincidence... but then when I talked to the DM later about whether it's worth including this reaction to Ren in the comic, the DM insisted on it so.....I'm not sure what to make of that