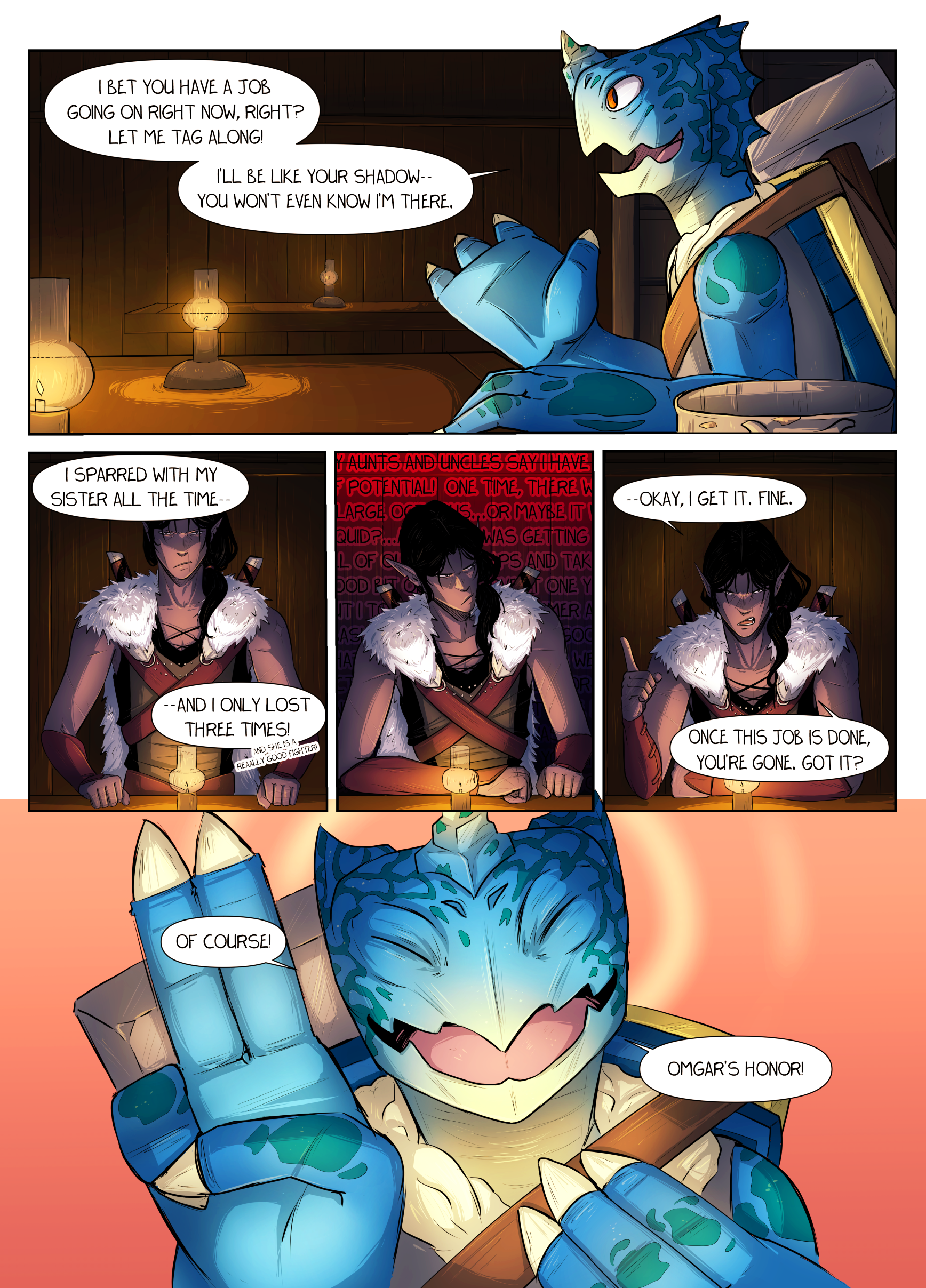 I think we all know how this ends. 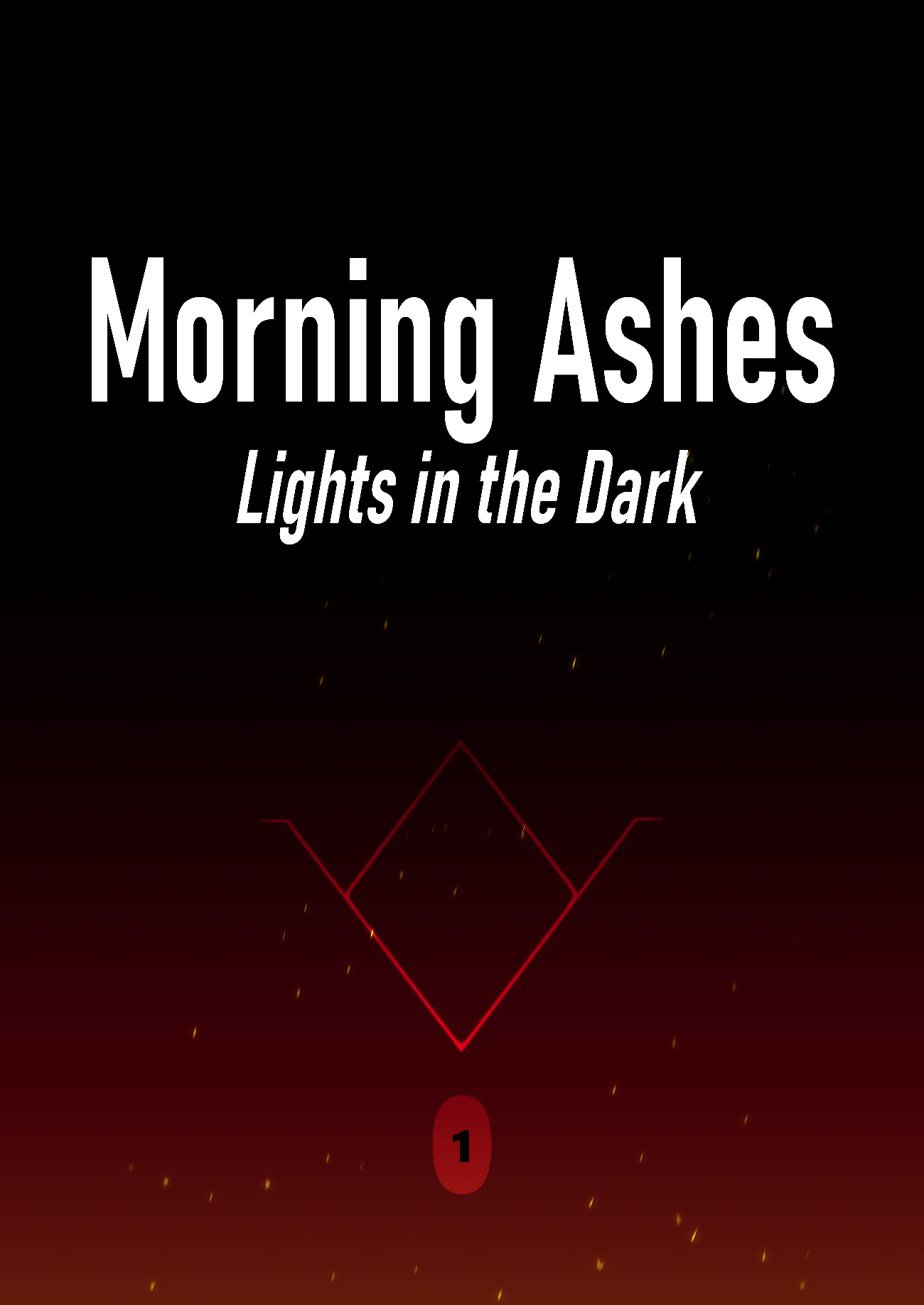 Lights in the Dark: Part One
More Chapters

I think we all know how this ends.

I’m sorry to already be calling a mini-hiatus a few weeks after the off-week, but once again, #teacherlyfe strikes again. A new prep was added to my courseload, and I no longer can have this comic taking away time that I need to prep for that. I’m foreseeing this hiatus to be two weeks maximum, assuming nothing changes between now and then…which with the way my district is, I can’t guarantee anything :’) I’ll still post to Instagram and Twitter when I do a couple doodles to let out some stress/steam.

Well, that hiatus ended up being more than 2 weeks, huh? Teaching virtually is pretty time consuming, and on top of the pressure to get doodles in to keep Instagram’s algorithm happy, this took a back burner. Thankfully I had most of page 14 already done, it was a matter of finishing it up and posting it. Definitely not my best work, but it’s better than nothing at all!

I’m going to be posting pages here and there for the foreseeable future. I’m pretty bummed about this because my original goal, had I been able to stick to schedule, would have been to have Chapter 1 done by the mid-end of November. Unfortunately, that didn’t get to happen. I’d really like to get Chapter 1 out of the way soon, because the story really picks up in Chapter 2, but ugh. Gotta make the $$ in this pandemic, and freelance/(lack of) conventions can’t pay the bills right now.

That being said, hope to be able to post more. I really do love our story, and I’m not shelving this project. At all. I love it far too much, and have invested in it this far for this long. Ah, we’ll see how next semester shapes up to be!

Hey y’all! With that #teacherlyfe becoming more prominent in my life right now, I needed to take this past week to really focus on planning for the upcoming year. My district is going with a rotating Plan B, but I’m being told to plan for Plan C, so there is a LOT of work that still needs to be done for me to feel comfortable walking through the doors of my school this year. I’ve been trying to balance both the comic and planning, but when I’m working on the comic I’m stressing about planning…and when I’m planning I’m stressing about working on the comic. School starts in a month and I can’t split myself 50/50–I’m the type of person that needs to dive 120% into something with 100% of my attention for it to be done well.

I’ll see you guys next week for more of Pyre’s reaction to Ren! If you can’t wait to see what happens next, there’s always my Patreon where I upload the sketches of the next 3 pages, added to every week 🙂

After finishing the page from hell (and, let’s be real. It wasn’t that the page content, or the fact that it was “hard” to draw. My brain just would keep shutting down on it if I worked for more than 2 minutes on it), I’m feeling like I can keep moving forward with pages again. We’re going to move Saturday updates to Monday updates (not so I can cleverly use the #morningashesmonday or some bullshit like that, noooooo) as I usually finish the page on Friday, and I want to give my patrons on Patreon a few days to soak in the early access goodness.

Anyway, I’m feeling good. I’ve done a lot of planning, my writing doesn’t feel like I’m flying by the seat of my pants anymore–I just feel a lot more…grounded in where I am. Naturally this comes at a time when I’m going back into teaching, so who knows what will be thrown at me during the school year, but I’ve gotten myself into a decent routine with pages that I feel like I can keep it going. And if there has to be a week here and there where there’s no update, then just mosey on over to my Patreon where you can read ahead as I post sketches and scripts at least 3 pages in advance 😉

I also want to take this moment to thank those who have stuck with me and this story the past year, especially those who were around during the first go-around at it when I tried to tell the story storyboard-style. I know it was a weird way to tell it, which is why I did a complete reboot, but I also know it may have been frustrating to hear I was starting from scratch. Thankfully with this iteration, I can tell the story more faithfully to the events rather than try to make a mismatch of events work for the sake of following that style. I promise telling the story this way won’t let you down!

I especially want to thank my fellow DnD players and amazing GM for not only allowing me to tell our story, but putting up with how much I’ve invested into this as result of starting this project (there may or may not have been a few times where I’ve told them they better not let their character die. But it’s okay, I usually get a fair amount of sass back.) It’s one thing to play the game, but as I’ve put more work into telling this story and preparing it, I’ve gotten quite a bit attached to it and its characters than any other DnD game I’ve played or been a part of. I think I know what authors mean when they call their work their “baby”, and I’m technically just a co-parent!

There is so much in the Wanderers’ story that I’m excited to tell, and I hope in their struggles and victories you find a little bit of home like I have. While most of the story is told through the eyes of my character, Pyre, each member of this party has their own story to explore. I will certainly do my best to tell them.